AN: Second Victor x Yuri fanfic! Yay! I don't know if I like this one as much, but it's not terrible.
This show makes my Wednesdays much better ;)
Hope you enjoy!

Yuri is having a bit of trouble today. We're practicing as usual, but he's struggling with a jump. It's come to the point where I have to go onto the ice and show him, and even walk him through the maneuver. Though I have to say, when Yuri's having a hard time, he tries much harder. It's admirable how determined he is to succeed. The skater has amazing endurance, and not to mention tolerance and patience. I'm enthralled by his drive and passion for the sport. I could watch him simply practice for hours, not to mention perform, and be entertained. The man's remarkable.

In reality, his habit of trying hard could probably be considered overworking, which may be taxing on his body after some time. But there's nothing I can do to prohibit Yuri from continuing, he's too zealous.

I notice the young man start to fatigue, his facial features drooping, breathe uneven, sweat trickling down his jaw bone. Despite this, he carries on pushing himself. Yuri only gets more worked up as he wears himself out, straining his body to keep attempting jump after jump. I observe as my student consistently fails to land the move. Sighing, I rest my head on my hand.

'Yuri' I shout across the rink, drawing out the vowel sounds. 'Why don't you take a break?'

'No' he huffs, 'I can't rest until I get this at least once,' His voice is shaky and he's desperately gasping for air.

Darth vader voice changer software mac. 'Let's at least move on to something else' I'm sick of watching him suffer.

'I can't' I exhale once more and shake my head.

It seems almost endless. Yuri keeps going, anxiously struggling to thrive. I feel like a terrible coach, unable to do anything but sit and watch as my student agonizes at a single part of a show.

His technique is quite lacking at this point. He wants to get the jump so badly that he's completely disregarded etiquette and emotion. Though I can't say I could go as far as he has. But still, this is insane. What's with him all of a sudden? Usually he'd allow himself to move on…

I snap out of my thoughts when I hear an ear piercing screeching, squeak-like sound. I frantically watch as Yuri's feet bend in odd directions and skid sideways on the ice. His ankle bends one way and his knee bends the other, sending the man to fall to the frigid floor beneath with a thud. He slips forward, face grinding and dragging through divots in the sheet of frost. My mouth falls nearly to the ground in awe as Yuri lifts himself up unsteadily, skating back to his starting position and resuming his practice.

He always pushes himself, but this is a bit much…

Concerned for his health, I inspect him vigilantly, studying his probably injured right leg. Yuri's movements are different from before. They're much less fluid and serene. He's obviously hurt, even when you don't focus on his pained eyes. It's almost as if he's trembling in soreness as he glides along.

'Don't worry, I'm fine' my lover reassures. Although he protests, I head out into the rink. This can't go on any longer than it has.

'Yuri, stop' I bark. The young man ignores my order and keeps skating, as if to defy me I some way. 'Yuri!' As I skate for him, I notice the gashes on his face. They're littering his right cheek and side of his nose, each oozing tiny amounts of blood, which all run together on his pale skin. I come closer and envelope his now quite frail body. To my surprise, Yuri wraps his arms around me instantly in return. He shudders and I hear faint sniffling.

What's with this shift in emotions?

'I just wanted to get it right. I didn't want to give up. You always do things so perfectly; I just wanted to be on your level, even if it was just through effort. But I ended up making everything more of a pain for you. All I do is fail and mess up and make everything a hassle. I don't deserve your time, Victor,' the shivering body in my arms looks up, tears smearing the blood and streaming down in a watery red mess. 'Why would you stay with me? What's in it for you?' I stare into his vulnerable brown eyes in shock. It seems silly that he could say something like that after all we've been through. But I get it; I came all the way out here without any explanation whatsoever, and, to be honest, there really isn't one. I was just inspired to train him after I saw that video. And it's not like he's a bad skater, in fact, he's amazing. He just lacks confidence.

'Yuri, there's plenty in it for me' I console. 'I get to see you skate every day, not to mention just see you in general. That's really enough for me' I hope to make him feel better. I love Yuri; I don't want him to have any doubts.

'I understand why you want to stay now, but what about the beginning? Why didn't you just leave?' As each word emerged his mouth, it was more pained than the previous one. Little by little, he was breaking down.

'You had potential. I wanted to watch you grow, as a performer and a person'

'Why me? What about the other Yuri?'

Has this been bugging him for a while now…? I ponder before responding, 'You're not caught up with fame and winning. You're in it for the fun, the competition is just a bonus for you, and I think that's more charming' His face darkens significantly as he shifts, pressing into me.

'Thank you, Victor…' Yuri sobs into my chest as I softly stroke his matted hair. We stand in silence like this for a while, and I'm perfectly content. Yuri's adorable when he's like this, even if he is bawling. I hear a faint moan and look at the heap I'm embracing. I completely forgot about his injury.

'Ah, Yuri! You're hurt! You need to sit down!' I stammer. 'Why wouldn't you say anything?'

My lover averts his eyes and mumbles in a tight, wobbly voice, 'I didn't want to leave your arms…' My heart skips a beat and I noiselessly scream at his lovability.

'W-well' clearing my throat, I hoist him into my arms and slip out of the rink holding him bridal-style.

'No, you can't, Yuri. Just accept my help' He obediently settles down, gradually squeezing his arms around my neck. I cart him to the sideline and set him on a chilly metal bench. My student looks at me expectantly and I start probing his leg. He winces when I reach his knee, a feeble noise sounding from the man. 'Is this where you fell?' Yuri gives a partial nod, sighing in relief as I move on. 'Did you hurt your ankle as well?' I question.

'Not that I know…' My lover responds wheezily. I twist his foot and he shows no reaction.

'Alright, then it should be safe to take the skate off' I'm glad we don't have to worry about that as well. I assist him in twisting off the bladed shoes and adorning himself in his regular ones. Once finished, Yuri starts to heave himself up, but I push him back down with a firm, 'no' as if he were a dog trying to eat out of the trash can.

'You don't need to go through all of this trouble' my student insists. 'I said I'm fine'

'And I said that you should accept my help' I sneer back, turning and kneeling down in front of him. To my astonishment, he submissively hops onto my back.

While lugging him back home, he rests his head on mine. 'I'm sorry'

'Being so stubborn. It seems like you're always taking care of me'

'Well, I don't see the issue in attending to the one you love' I chuckle blissfully, trying to brighten his mood. I feel a puff of muggy air against the nape of my neck, the embarrassment is just radiating off of him. I wish I could see his cute blushing face right now.

I lay on my back on the chilled mattress staring at the same crack in the wood paneled ceiling. I want to be with Yuri, to hug him, to kiss him, to touch him. Or at the very least just be next to him, he'd probably be too self-conscious to let me do anything. I sigh and flop over, grabbing my phone off of the nightstand.

I hastily tap the screen and send a text. Are you awake? 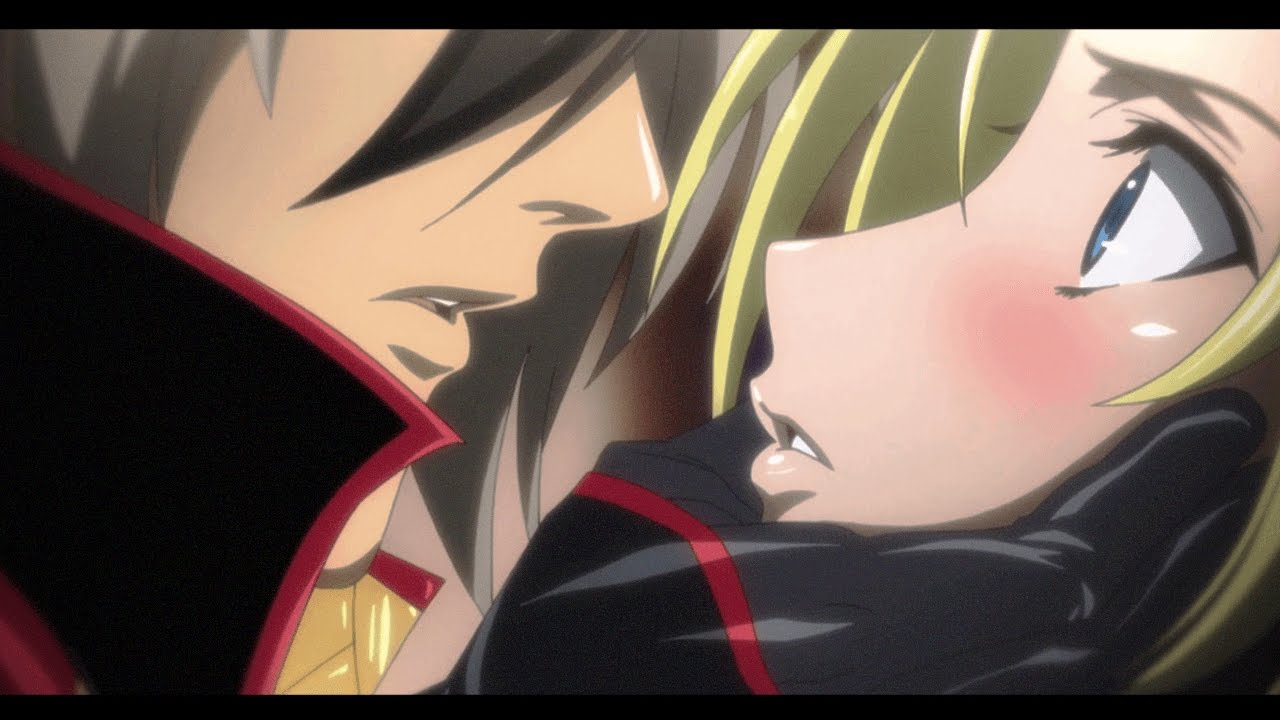 I'm worried about you

Texting my name makes me want to hear you say it

Stop being such a flirt

I'm sure you're blushing right now. No response came. I waited a minute and typed again, Can I come to your room? If he wasn't blushing earlier, I'm positive he was now.

No punctuation, eh? You're that flustered? I giggle at the cell in my hand. I'm worried

You don't need to be, I'm fine

I want to make sure for myself. I'm coming over. To my contentment, Yuri doesn't complain. Grinning, I slip out of my temporary room and skip down the hall to my lover's part of the abode. Silently and with a bit of hesitation, I push the door open and make my way to the bed. Yuri is curled in a fetal position facing the other direction, a noticeable gap between him and the edge of the bed. I sneak into the spot under the covers, rapidly heated as I cuddle up to the man's back affectionately. A kiss is transferred from my lips to his neck. He tenses, turning his head partially.

'Um… V-victor…?' Yuri whispers hoarsely, giving me an almost expectant look. I smirk and embrace him passionately, nuzzling my cool forehead into his shoulders. My lover's muscles relax as he shifts to face me and deepens the hug. I can't see his-probably flushed-adorable face, for it's buried in my bare chest.

'And you were the one against me coming here' I mumble as he squeezes me tighter.

'I love you, Victor' I open my mouth to respond, but he continues. 'Thank you for always being here. It means a lot to have someone believe in me' Instead of saying 'you're welcome', I opt to draw his face to mine and lock our lips instead. Yuri squirms for a moment, but inevitably calms and even ends up pushing into the kiss. We release after a lengthy amount of time letting our tongues intermingle. My lover snuggles into me and we fall asleep wrapped up in each other.

AN: I tried to make this one longer than the other since that one was SUPER short. It's not much better, in fact, I think I rushed more than usual at the end, but whatever. Hope you enjoyed! Review if you please! :) Samsung s7 edge android 7 frp bypass.