Tired of hunting for a strategy that can skip Google in your own Galaxy S7? Our group was every method we stumbled upon was to get its Galaxy S7 Edge and also did NOT operate on any version of this Galaxy S7 we attempted. After some digging we discovered a Google bypass alternative which was powerful on these devices!.Do FRP Bypass Apk Download

From the first post of this Google bypass solution it states that the process has just been successfully tried Samsung Galaxy S7’s using Android Version 6.0 (Marshmallow) Our Bypass Specialists attempted the unlock solution to the SM-G920A and SM-G920P with 6.0 along with also the SM-G920V with 7.0 (Nougat) and was powerful with every skip , which means you need to be able to skip Google in your Galaxy S7 using Android versions 6.0 and 7.0.Do Bypass On Samsung Galaxy J2 Core

Time To Start This Google Bypass For Your Galaxy S7 !

Please Notice: Ahead of starting your Google skip you have to be 100% confident that you’re close to your router, since you’ll have to reconnect and disconnect your net quite rapidly during the initial steps of the unlock procedure. If you cannot disconnect your web for any reason you could also connect the device to some hotspot system and detach and reconnect to net that manner.Factory Reset Protection (FRP) : Everything You Need to Know 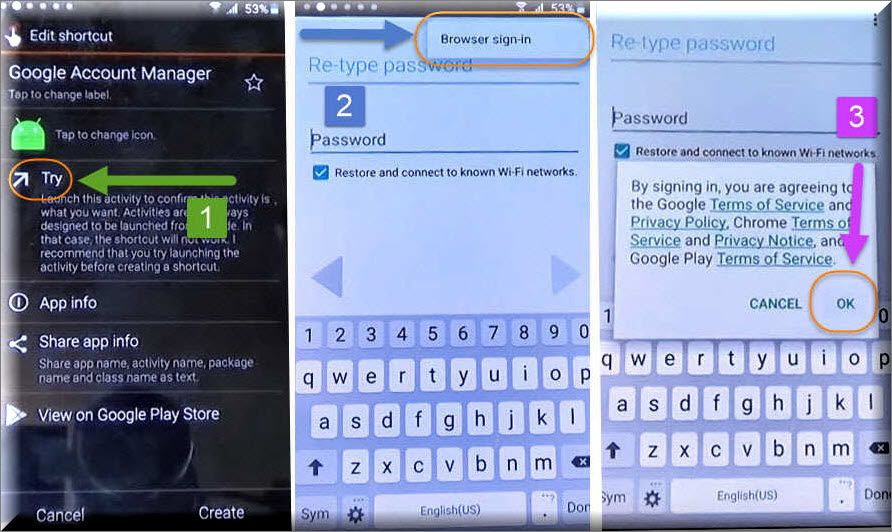 Disconnect/Connect For Your Wi-Fi Network

Now follow this to Bypass Google Account Samsung Galaxy J6 Without PC.First of all, turn on your device.Then tap on the next icon.Now connect your device to any valid wifi network.Done, now you need to insert a valid sim card.Once you inserted a sim card on your device, then on your other Android device download an apk file. He guys!This is my new video for SAMSUNG Galaxy S7 edge FRP/Google Lock Bypass Android 8.0.0 U8/BIT8/REV8 Dec 01, 2018 without PCThis will work on all varian.

See that was not to hard! You just needed to follow two measures to get straight back on your own cell phone. In case you have some questions relating to this Google skip solution or you’re amazed by how amazing it was please let us know in the comments below!