Additions and changes:
Address List: Added a group option that shows a +/- sign in front of group entries
Address List: Pressing enter on a single entry now goes into value edit mode
Address List: Added an option so certain entries in the address list show a groupbox the user can pick from
Auto Assembler: New auto assembler templates that focus on Array of Byte scans(thanks to jgoemat)
Auto Assembler: The auto assembler can now handle {$LUA} and {$ASM} preprocessors for multiline lua scripts
Break And Trace: Added a donottrace.txt file in the base directory which holds a list of modules that should not be traced but stepped over instead
Pointerscan: Improved performance of the pointer scanner
Pointerscan: The pointerscan now has the option to generate a lot smaller .PTR files
Pointerscan: Added the ability to do a distributed pointerscan and pointer rescan
ProcessList: You can now type in the processlist to filter for the specific process
Network: Added a basic ARM assembler/disasembler
Network: The linux/android network version can now use basic debugging (find what access/writes)
Network: Added speedhack to the network version
Network: The network version now compresses read/write process memory before sending to the client. The compression level can be changed at runtime
Network: Added module injection for linux/android
Symbols: Added better support for .PDB debug files so parameters and local variable references show when that data is available
Symbols: Added support for .Net
Symbols: Added support for Java (proof-of-concept showing off the extendabilty of CE)
Symbols: Added support for Mono (^)
Memory view: Hexview: Added decimal display modes for the other types
Memory View: Added shift-scrollng to the hexview and disassembler so you can scroll by 1 byte changes instead of the default calculated sizes
Stack View: Added a search option
D3D Hook: you can now reattach the D3D hook to a process that previously had been hooked
Lua engine window: Added a search and replace option to the editor
Lua engine window: Added the ability to set breakpoints, inspect variables and step over lines
Lua engine window: Enabled tab indentation of blocks
Lua engine window: Some extra customization options
Trainer Generator: Replaced the beepOnAction with playSoundOnAction and added 2 build in activate/deativate sounds. (You can override them)
Trainer Generator: The XM file field now has a play button
Lua/Trainer Generator/Designer: Added several new components , propertes and methods.
Lua: Added a dll search path to cedirclibs32 or cedirclibs64 depending on which cheat engine version is used. Use it for lua extentions
Lua: Made it more forgiving about method and property names
Lua: Added some threading helper functions
Lua: You can now override the disassembler/assembler
Lua: Lots of other new features. Check out main.lua 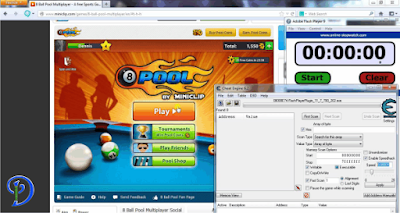 again, big thanks to SER[G]ANT for providing us with the latest translation files for the Russian language

Post release fixes (max 7 days after initial release *or 30 if a HUGE bug):
20-06-2014: Fixed an issue with the driver not responding to Cheat Engine even if it has a proper signature
26-06-2014: Fixed custom types in data dissect, fixed the Visible property of forms, and changed the way unreadable addresses are handled

Ignore the sourcefiles below. I tried to mark it as a release for commit 758d3fc but it didn't let me